South Asia in general, and India in particular, has become a greater foreign policy priority for the United States. While India’s rising economic and strategic […]

In 2018, Vivek Mishra assessed the importance of narrative-building, based on both hard and soft power, in the India-China battle for influence among countries in the […] Just when it seemed that Indo-U.S. ties had attained a semblance of predictability, relations between the oldest and the largest democracies of the world are […] As expected, the United States-China trade war loomed over this year’s Shangri La Dialogue, held between May 31 and June 2 in Singapore. Without identifying […] 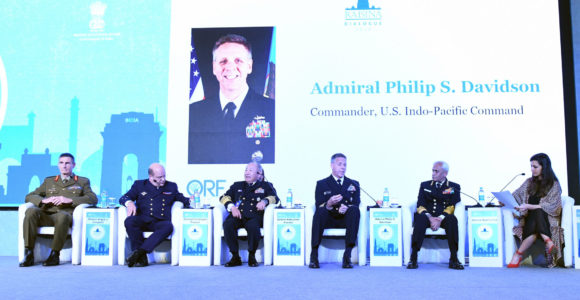 At the Raisina Dialogue, an annual multilateral conference on geopolitics and geoeconomics hosted by the Indian Ministry of External Affairs and Observer Research Foundation in […]

As the concept of the Indo-Pacific region (IOR) begins to gain traction in the United States and elsewhere, China and India are being increasingly juxtaposed […] India closely watched the recent presidential elections in the Maldives and with a new government now in place in Malé, New Delhi senses an opportunity […]