Why China’s One Belt, One Road Matters for Afghanistan

As the Belt and Road Forum for International Cooperation takes place in Beijing this weekend, a high-level delegation from Kabul will be in attendance with the hope of hastening the implementation of many infrastructure projects in Afghanistan. China has already become the largest source of foreign direct investment in Afghanistan, especially after Afghanistan’s energy, minerals, and raw material sector opened up in 2007. It is also concerned about quelling the rise of extremism from Uighur jihadists in the Xinjiang region that shares a border with Afghanistan. Finally, the success of the One Belt, One Road (OBOR) initiative is contingent upon lasting peace and stability in the region. By deepening its political, economic and military engagement in Afghanistan, and by formally signing an OBOR Memorandum of Understanding in 2016, China seems to be emerging as a long-term player in the region’s new Great Game.

The OBOR is the lynchpin of China’s geo-economic strategy to expand China’s extra-regional influence and resolve its Malacca Dilemma. To achieve this, Beijing is reorienting access to Middle Eastern energy resources by comprehensively linking Eurasia through a network of railways and highways. Afghanistan seeks to benefit by pinning its hopes on China to develop its infrastructure and connectivity after being ravaged by decades of war.

China has taken significant steps to develop the OBOR initiative. The New Silk Road Fund of $40 billion, the China Development Bank’s $900 billion and a substantial share of the Asia Infrastructure Investment Bank’s $100 billion is expected to support 900 projects across 60 countries. OBOR’s offshoot, the China-Pakistan Economic Corridor, has also drawn Chinese investments of over $62 billion. Any instability emanating from neighboring Afghanistan would limit Beijing’s expansive infrastructural and connectivity ambitions.

Chinese economic aid to Afghanistan has increased significantly since OBOR was launched in 2013. China provided Afghanistan with approximately $240 million in aid over twelve years between 2001 and 2013. In contrast, in 2015, it pledged to provide $327 million by the end of 2017. Beijing also offered 500 scholarships to Afghan students to study in China and train 3000 Afghans in various professions including counterterrorism and agriculture. Further, China is investing in a housing project worth $300 million that will fund 10,000 apartments in Kabul. As a part of OBOR, China is also improving its own connectivity to Afghanistan. The first train from China was linked to Hairatan in northern Afghanistan via Kazakhstan and Uzbekistan. By investing in railways, China is also weaving land-locked Afghanistan into an integrated economic system and reducing its dependence on transit routes through Pakistan.

Beijing and Kabul’s security cooperation has been limited, but this is rapidly changing. Beijing offered military aid to Afghanistan for the first time in 2016. Afghan President Ashraf Ghani and General Fang Fenghui, chief of China’s joint staff department, also discussed expanding security cooperation, for which Afghanistan is reportedly interested in logistical equipment, light weapons, aircraft components, military uniforms, and ammunition for the Afghan National Defense and Security Forces. Despite official denial of the presence of Chinese troops within Afghan borders, Afghanistan and China have reportedly started joint patrols in Little Pamir in northeastern Afghanistan. Both countries will also hold a joint counterterrorism exercise involving the Afghan Special Forces in China this year. 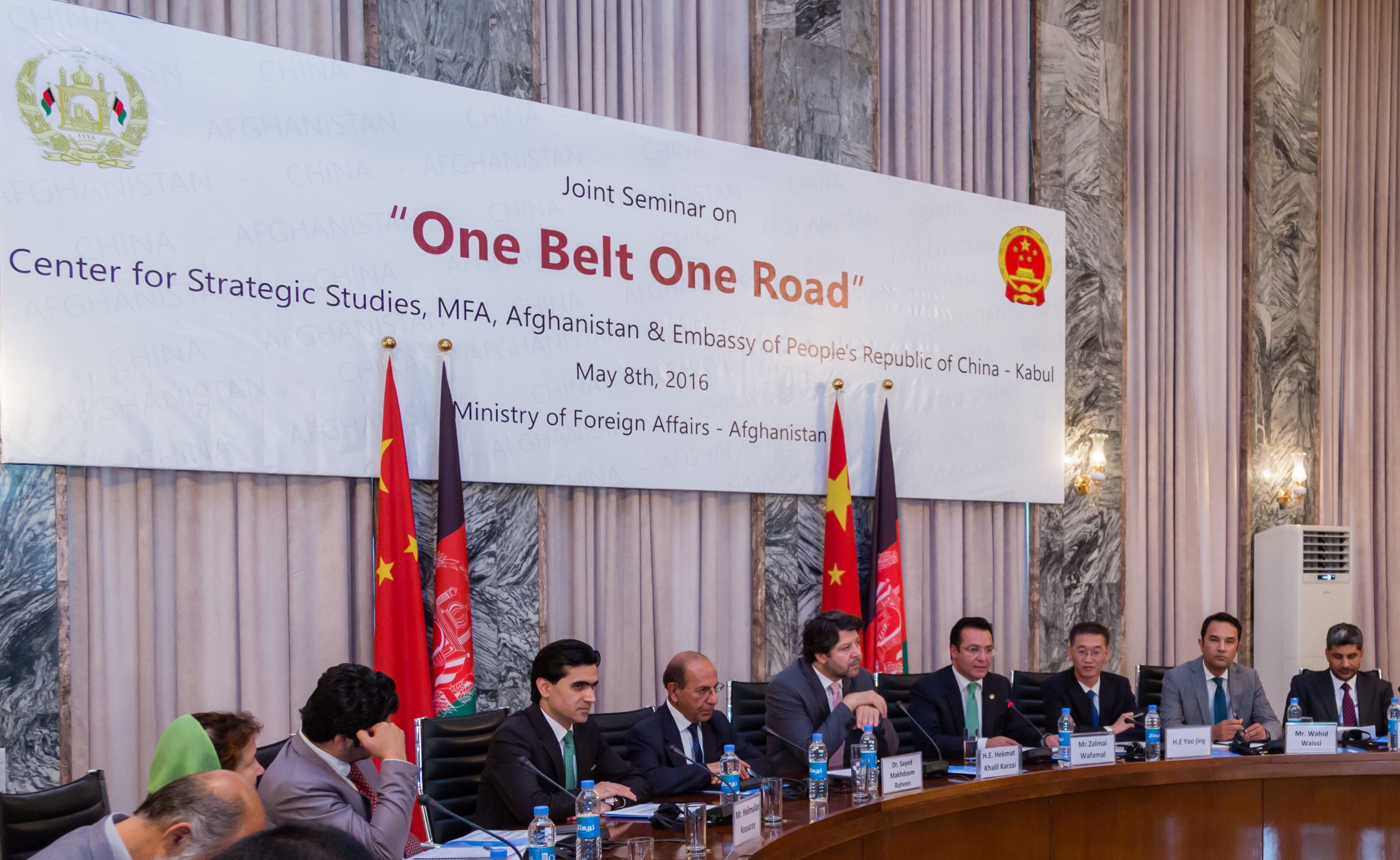 China’s ambitious project of regional connectivity through Central Asia is conditioned on sustained stability in Afghanistan. It has facilitated peace talks between the Afghan government and the Taliban since 2014, stating that it believes reconciliation through negotiations is the best way to ensure lasting peace, and was part of the Quadrilateral Coordination Group (QCG). Despite the failure of the QCG, Afghanistan continues to look to China to assert influence over Pakistan to bring the Taliban to the negotiating table.

The Chinese Ambassador to Afghanistan, Yao Jing has said: “Without Afghan connectivity, there is no way to connect China with the rest of the world.” China is using all means at its disposal to protect long-term economic interests in Afghanistan, while increasing its security presence to prevent extremists from fomenting unrest in the neighboring Xinjiang region. Kabul, in turn, hopes OBOR will help Afghanistan accelerate economic growth, emerge as a hub of regional trade, and overcome internal security threats.