Economic Challenges Ahead after Pakistan Narrowly Escapes the FATF Blacklist

Last month, Pakistan narrowly escaped being blacklisted by the Financial Action Task Force (FATF). The FATF, a global watchdog working to combat money laundering and terror financing, placed Pakistan on its gray list in June 2018, citing structural deficiencies in the country’s implementation of measures to counter terror financing and money laundering. Avoiding the blacklist, however, is not something to celebrate as Pakistan only has until February 2020 to make significant progress on eliminating these deficiencies – or else risk blacklisting.

Avoiding the blacklist, however, is not something to celebrate as Pakistan only has until February 2020 to make significant progress on eliminating [terror financing and money laundering-related] deficiencies – or else risk blacklisting.

The FATF decision indicates there may be serious consequences for Pakistan’s fragile economy if it does not make changes before February. Pakistan needs to make significant progress across its 27 action plan items in the coming months. For example, the FATF concluded in October’s plenary that Pakistan still needed to take steps to enforce stricter controls over illicit currency transfers, bolster interagency coordination between the federal and provincial level to stem terror financing, and enforce financial sanctions against all designated terrorists under United Nations Security Council Resolutions 1267 and 1373, for instance Jaish-e-Mohammad founder Masood Azhar and Lashkar-e-Taiba (LeT) leader Hafiz Saeed. If Pakistan does not take these measures and is blacklisted by the FATF, it risks being subject to economic sanctions, which would devastate its already troubled economy.

During its five-day plenary in October, the FATF reviewed progress and measures taken by 15 countries, including Pakistan, against anti-money laundering (AML) and combating financing of terrorism (CFT). It concluded that Pakistan has only addressed five of the 27 action items required by the FATF. However, there has been positive movement on some accounts. A detailed report by an FATF regional body, the Asia Pacific Group on money laundering (APG), stated that Pakistan had made notable progress by instituting a range of reforms to AML and CFT legislation. For instance, Pakistan amended the 2010 Anti-Money Laundering Act and the 1997 Anti-Terrorism Act to enforce stricter punishments for money laundering. In 2018, Pakistan also approved a National Strategy on AML/CFT. However, the APG report also stressed the need to improve coordination between agencies implementing the strategy.

Over the past few months, Pakistan has also taken steps such as increasing penalties for money laundering and cracking down on banned terrorist groups. On September 30, the National Assembly of Pakistan passed a bill to amend the Foreign Exchange Regulations Act (FERA 1947), which would bring about more severe punishments for money laundering while allowing the State Bank of Pakistan to exercise greater control over foreign currency exchange. Under this act, Pakistan has also taken action against hundi/hawala operatives – an unlicensed money transfer system often abused by terror financiers. Earlier this year in April, the Federal Investigative Authority confiscated approximately USD $2.69 million through the arrest of three suspected hawala/hundi dealers from Karachi.

Pakistan has also established operational mechanisms aimed at enhancing coordination and cooperation among agencies and financial institutions to combat terror financing. Sending a message to banks, the State Bank of Pakistan imposed a penalty of over USD $800,000 on three small banks due to procedural violations of customer due diligence and know-your-customer protocols. Finally, the government has also cracked down on banned terrorist outfits, arresting LeT head Hafiz Saeed in July of this year, as well as four top leaders of LeT last month.

However, there are still areas in need of improvement. At the time of the APG’s study, Pakistan had only registered 228 terrorism financing cases and only 58 individuals were convicted during the five-year period under review. This is not consistent with the overall terror financing risk that the country faces, hence, Pakistan needs to undertake substantial improvements specifically with regard to the investigation and prosecution of those involved in terror financing. For instance, Pakistan can enhance the use of financial intelligence to target terror financing, money laundering, and terrorist groups. In the short-term, as suggested by experts, Pakistan could undertake terror financing and money laundering investigations and prosecutions related to hawala/hundi operatives. To deal with more sophisticated financial cases, however, Pakistan may need to build the capacity of investigators, prosecutors, and judges through specific training related to financial crimes. While building capacity may be costly in the short-term, these measures can pay dividends if they help keep Pakistan off the FATF blacklist in the long-term. 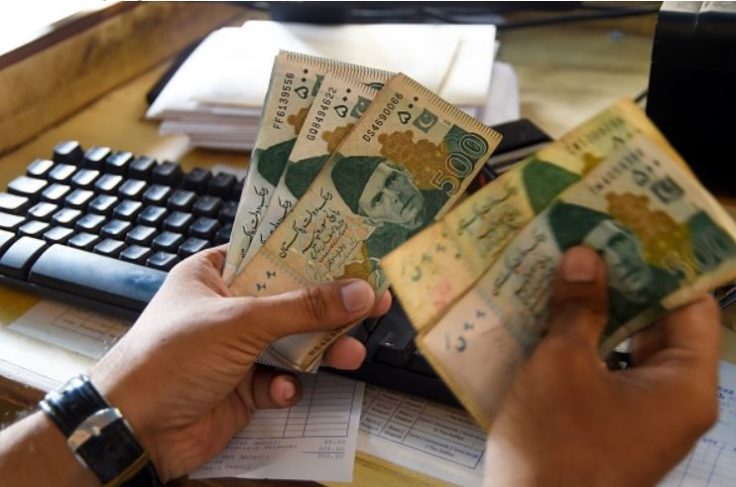 Considering Pakistan’s current economic recession, it cannot afford to be blacklisted by the FATF. Perhaps the greatest economic risk is the threat of sanctions that comes with being on the FATF blacklist. Such sanctions would deter foreign investment, something Pakistan desperately needs for development. Being kept on the gray list has already had implications, though short-term and limited, for Pakistan’s economy—for example, stock prices fell 28 points following the October plenary. Being on the FATF blacklist also indicates that a state’s financial system is not adequately transparent, encouraging other states to closely scrutinize their bilateral economic relations. For Pakistan, being blacklisted could also lead to an increase in its risk premium, which could potentially increase the interest rate on its foreign loans. This would also make it difficult for Pakistan to obtain loans in the future from international monetary institutions like the International Monetary Fund, the World Bank, and the Asian Development Bank.

Being blacklisted could also increase Pakistan’s risk premium, which may increase the interest rate on foreign loans. This would make it difficult for Pakistan to obtain loans in the future from international monetary institutions like the IMF, World Bank, and the Asian Development Bank.

Further, there is already growing resentment among Pakistan’s middle class and business community, who have been facing the burden of IMF-induced austerity measures and new taxation policies. Slowed economic growth and the government’s economic policies have contributed to unemployment, rising inflation, and shrinking industries. Being on the FATF’s blacklist would further complicate matters and put pressure on Pakistan’s fragile economy as it could restrict remittances and exports and imports of goods, adversely affecting those industries that rely on imported raw materials.

In other words, since Pakistan is currently going through a balance-of-payments crisis and subsequent economic recession, it cannot afford the restrictions that would accompany being blacklisted. Pakistan must make a concerted effort to address the remaining action items to ensure its economic security. However, it has a very short time frame, with only four months to act on the remaining action items and negotiate an exit from the gray list. Pakistan can show the FATF its willingness to reform by taking visible steps towards capacity building and targeting terrorist organizations as well as sources of informal and illicit cash transfers.

Although Pakistan has been given temporary relief, it needs to take some serious actions in the coming months in order to avoid getting blacklisted by the FATF. The blacklisting would be detrimental to the country’s already weak economy and likely hinder foreign investment. Prime Minister Imran Khan and his administration must remain committed to improving the state’s anti-money laundering and terror financing measures, enhancing financial intelligence, implementing financial sanctions against terrorist outfits, and improving the legal system to effectively prosecute money launderers and financial criminals. The best way to show Pakistan’s commitment is to meet the FATF’s February 2020 deadline. ­