Gilgit-Baltistan Elections and Looming Challenges for the PTI

After months of fierce campaigning the residents of Gilgit-Baltistan (GB) voted on November 15th in the region’s third election since 2009, when it was given the power to rule itself through its legislative assembly. Out of the house of 24 directly elected seats the Pakistan Tehreek-e-Insaf (PTI) emerged as the leading party with 10 seats after the elections. Despite the spirited campaign by Bilawal Bhutto of the Pakistan People’s Party (PPP) and Maryam Nawaz of the Pakistan Muslim League Nawaz (PML-N), the country’s two leading parties could only secure three and two seats respectively. Independent candidates have won seven seats while two religious parties the Majlis-e-Wahdat Muslimeen (MWM) and Jamiat Ulema-e-Islam (JUI-F) each obtained a seat. No single party managed to secure simple majority in GB election so all eyes are on independent candidates, who are expected to join PTI.

The GB elections win provides a breathing space to the PTI after weeks of massive rallies across the country by the Pakistan Democratic Movement (PDM)— an alliance of 11 opposition parties that aims to unseat the Imran Khan government. The PDM has also rejected the GB election results citing systematic irregularities and rigging while the PTI argues the poll outcome has nullified the opposition’s narrative.

A PTI Victory, or Underwhelming Performance?

While the GB polls may give some respite to the PTI, which had been under fire in Pakistan for poor performance in running state affairs and Pakistan’s faltering economy, the narrowness of the win underscores the PTI’s waning popularity. The election has been married with accusations of rigging—with warning of election fraud from the PPP ahead of the election—and despite Prime Minister Imran Khan’s personal visit to GB and announcement of giving the area provisional provincial status along with the flurry of visits by federal ministers, the electorate has not handed the PTI a clear win.

The GB elections win provides a breathing space to the PTI after weeks of massive rallies across the country by the Pakistan Democratic Movement (PDM)— an alliance of 11 opposition parties that aims to unseat the Imran Khan government.

Winning the majority of seats is not much of a surprise as voters have historically sided with the ruling party in Islamabad. The outgoing PML-N won 2015 elections in GB with a two thirds majority and the PPP also secured a simple majority in 2009 when it was the ruling party in Islamabad. The surprise, however, is that the percentage of the PTI vote in GB elections stands at only 28 percent (while the PPP in comparison reportedly earned 26 percent of the votes) and was only able to win only ten seats against the PML-N’s 16 seats in 2016 and the PPP’s 15 in 2009. Previously, having simple majority under their belt, both the PML-N and PPP formed governments in GB for five years.

With independents joining the PTI, the party will be the frontrunner to form government in GB, however, the incumbent government will have looming challenges. As the PTI failed to get a simple majority, it will remain dependent on allies and independents without whose support the government would remain under risk of collapse. Allies and independents might leave the PTI reeling in case they come up with demands, as has been seen in the federal and Punjab government since 2018. For instance, rifts between the PTI and its key coalition partner in center and in Punjab, the Pakistan Muslim League Quaid-e-Azam (PML-Q), over the allocation of development funds and on other issues underscores the balancing act needed for the PTI to govern while managing demands of allies. While six of the winning independent candidates in GB have indicated plans to join with the PTI, history shows that managing allies may be a challenge for the PTI later on. 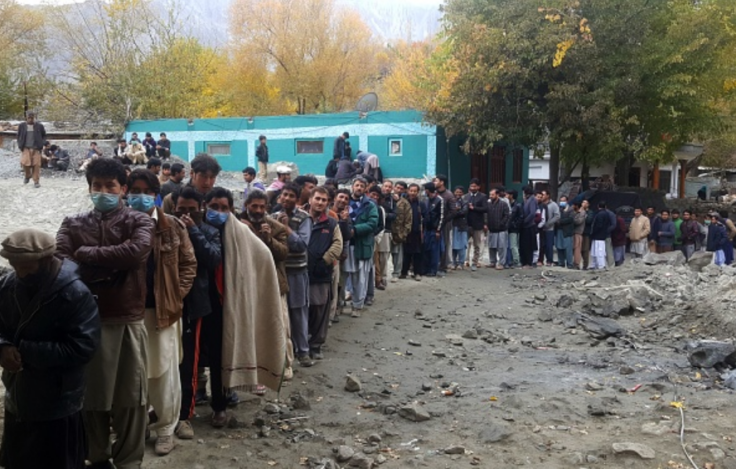 The Elections and Gilgit-Baltistan’s Provincial Status

The GB elections have received considerable attention after the PTI government announced plans to grant GB official provincial status. Getting provincial status is a long-standing and enduring demand of the residents who believe that the constitutional status would bring necessary administrative, political, and economic reforms in the area—including greater rights for Gilgit-Baltistan’s citizens as well as representation at the National Assembly. To this end the GB assembly also passed a resolution in 2015 demanding a provincial status. During the run-up to the GB elections, all contesting parties vowed to grant the province more constitutional rights—with the PTI announcing that if it won elections it would upgrade the status of the territory.

This is an ambitious promise and is easier said than done, however, as the government in center needs two thirds majority in the senate to make necessary new constitutional amendment. To this end, the PTI would need support from opposition parties, which—while the PPP and PML-N expressed rhetorical support of upgrading GB’s status while campaigning—seems unlikely as opposition parties focus on ousting a government that they have referred to as “incompetent” and “selected” and continue to protest the election results.

The PTI’s win in Gilgit-Baltistan provides the PDM with fresh ammunition of election rigging, which it is likely to use to bolster its rhetoric in upcoming rallies in parts of the country—including a long march to Islamabad planned for January.

India has also vocalized its strong objection following Pakistan’s announcement of plans to grant GB provincial status. The mountainous territory on the border of China and Afghanistan is a key strategic area, serving as an important route for the multibillion dollar China Pakistan Economic Corridor. India rejected Islamabad’s proposal to upgrade GB’s status calling the region part of Jammu and Kashmir and an integral part of India. Although China rejected India’s statement on GB’s status and observers have noted China’s approval or push for upgrading GB’s status, it is also unlikely to want to any trouble simmering in this strategic area. Given the unfriendly ties with the opposition at home and Indian concerns, standing by the promise of giving GB a provincial status seems likely to remain only an “electoral promise.”

Despite winning the majority of seats in the GB elections, the PTI still faces a challenging road ahead and appears in an unfavorable position to deliver on its electoral promises. Further, the PTI’s win in Gilgit-Baltistan provides the PDM with fresh ammunition of election rigging, which it is likely to use to bolster its rhetoric in upcoming rallies in parts of the country—including a long march to Islamabad planned for January. While the PTI has avoided the fallout of losing the election to opposition parties, its lack of a simple majority victory in GB suggests its popularity may be waning overall.