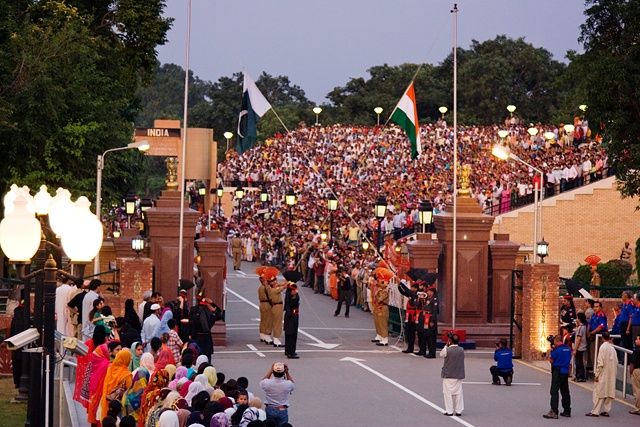 Many strategic analysts in India are skeptical that normalizing trade and visa regimes between India and Pakistan will improve bilateral relations. While there are plenty of obstacles, undoing the efforts of numerous stakeholders because of a few spoilers would be an opportunity lost.

There is a belief in India that efforts of the past decade have been unable to create a meaningful and significant constituency, which can either influence or drown out sections of the Pakistan establishment (read ISI and the army) that are inimical to peace with New Delhi. On the Pakistan side, some believe that India’s focus on strengthening trade and people-to-people contact is aimed at putting the core issue of Kashmir on the backburner. Their skepticism is not totally unwarranted. Yet to assume that closer business linkages between the countries have no utility misses the bigger picture.

While it is true that New Delhi and Islamabad cannot ignore some of the thorniest issues, a number of new stakeholders have emerged who have shown a willingness to play a positive role—whether it is giving a greater thrust to improving connectivity, easier visa arrangements, or trade and commerce. States, especially the two Punjabs, have emerged as key players in this effort to rekindle close economic ties and connectivity, which existed not just before Partition, but flourished right till the 1965 war. Not just the governments of the two Punjabs (irrespective of political affiliation), but business communities on both sides of the Radcliffe Line have also sought to tap in to potential opportunities. While some trade-related steps began in General Pervez Musharraf’s period, Asif Ali Zardari’s government sought to focus on creating greater interdependence between India and Pakistan in the economic sphere. From 2011 to 2013, further steps were taken in the context of improving trade relations. A significant example was the inauguration of an integrated check post at Attari (India), which increased the number of goods which could be traded over the land route.

This desire to boost economic ties has of course been helped – though not necessarily driven – by the cultural commonalities between both Punjabs. Many Sikhs and Hindus wish to visit religious shrines in Pakistan, and many in Pakistani Punjab hope to visit their ancestral homes in India. On the Indian side, businessmen from northern India have been urging their state as well as central governments to address logistical issues, including simplifying the visa process.

The dynamics on the Pakistani side are slightly different, since Punjab is the power center for both politics as well as the military. The civilian government, headed by Nawaz Sharif, a businessman who hails from Lahore, seems to be in favor of closer ties between New Delhi and Islamabad. Likewise, his brother Shahbaz Sharif, the chief minister of Punjab, has sought to reach out to the Indian Punjab. Apart from meeting the then-Prime Minister Dr. Manmohan Singh, Sharif also visited Chandigarh, Ludhiana, and Bathinda. On his visit, Shahbaz Sharif held meetings to explore agricultural cooperation, and also visited his ancestral village Jatti Umra and the Golden Temple.

However, it remains to be seen whether the Pakistan military, which is dominated by Punjabis, is genuinely in favor of such initiatives. It is problematic that Jamaat-ud-Dawa, an organization on the United Nations terror blacklist and believed to be a front for terror group Lashkar-e-Taiba, and Jaish-e-Mohammed, the outfit suspected to be involved in the Pathankot attack, function from Punjab. Some of them have allegedly received support from the state government in the past.

While state-level efforts taken by the Punjabs have had the support of national governments on both sides, spoilers have disrupted progress. The 2008 Mumbai attacks, for example, froze cooperation for virtually three years in both the economic sphere and in terms of person-to-person ties.

Recent terror attacks in Gurdaspur and Pathankot (both in Indian Punjab) could seriously impact trade, and the central government may be a bit more cautious about interactions between both the Punjabs.  These events raise a central question for decision makers in Delhi and Chandigarh—are sections of the Pakistani establishment trying to foment trouble in Indian Punjab? If so, would such a situation compromise trade and person-to-person ties? While there is no doubt that New Delhi cannot afford to let its guard down in the aftermath of recent events, cross-border ties and trade are possible solutions, albeit incremental, to ease tensions. Halting them will not really help curb terrorism. They are also a way to allow for saner minds on both sides to build relationships and counter the otherwise shrill propaganda.

One thought on “Pathankot Aftermath: Promise or Pitfalls in the Punjabs?”