Hot Takes: Ceasefire on the LoC

Yet Another Call for Ceasefire on the LoC – Respite and Relief

In a surprising, albeit positive development in India-Pakistan relations, the two sides have yet again renewed the 2003 ceasefire commitment on the Line of Control (LoC) and other parts of their international border. The ceasefire was announced, with effect from midnight of 24/25 February 2021, after the Director Generals of Military Operations (DGMOs) of the two countries established hotline communication to discuss the India-Pakistan border situation. This episode should be assessed by asking two questions — what does the ceasefire mean and who and how does it help?

Against the background of a ramshackle bilateral relationship, the latest truce announcement indicates that there are political constituencies in India and Pakistan that are intent on easing tensions in the region, even if that means going for the lowest hanging fruit, such as the LoC ceasefire. The Indian media has reported that the groundwork for this ceasefire was carried out for some months through back-channels involving a small group of high-level officials from both sides. Notably, the civilian leadership in India and Pakistan have preferred to give credit to the military officials for reaching a mutual understanding. Pakistan’s Special Assistant to the Prime Minister on National Security, Moeed Yusuf, quickly dismissed having played an interlocutor, hinting that the classified negotiations with India were in fact led by Pakistan’s military leadership. This premise also puts into perspective Pakistan’s Chief of Army Staff General Bajwa’s “hand of peace” speech that he delivered in Risalpur, earlier in February. India, on the other hand, has shown a willingness to segue from its strict “no talks until no terror” stance – a position that is mostly explained by the desire to deescalate simultaneous military hostilities on the Line of Actual Control (LAC), with China, and the LoC.

The reopening of cross-border trade could become the next logical step to the ceasefire, bringing relief to traders and porters on both sides.

The DGMOs joint statement is only a tactical accomplishment for India and Pakistan in their larger relational dynamic, particularly given their poor track record of adhering to the ceasefire in the last decade. Even then, it comes as great respite for the two countries—whose armies have been exchanging fire almost every day for the past three years—that no shot has been fired across the border since the ceasefire announcement. The two other constituencies that are most affected by the ceasefire are the border populations and the cross-border traders. If the ceasefire stands, civilian causalities would reduce and displaced border-dwellers could return to their villages. The reopening of cross-border trade could become the next logical step to the ceasefire, bringing relief to traders and porters on both sides. On a macro-level, the ceasefire allows the Indian army to focus on its counter-infiltration operations in Jammu and Kashmir. The announcement also helps both India and Pakistan to signal good leadership to Washington DC, where the new administration has brought back an emphasis on détente in South Asia.

The February 2021 ceasefire does little to end the dangers of confrontation and renewed hostilities on the India-Pakistan border. Past experiences suggest that the LoC ceasefires last only as long as the bilateral political relations allow them. Moreover, informal ceasefire understandings are prone to unravel if either side has incentive to breach it. On the LoC, inadvertent incidents can resume fighting even before confirming who broke the ceasefire. An Indo-Pak ceasefire will be durable only if it provides a potential for bilateral negotiations and greater commitment to deescalate from their political and military leaderships. In all likelihood, the current ceasefire brings only temporary relief. 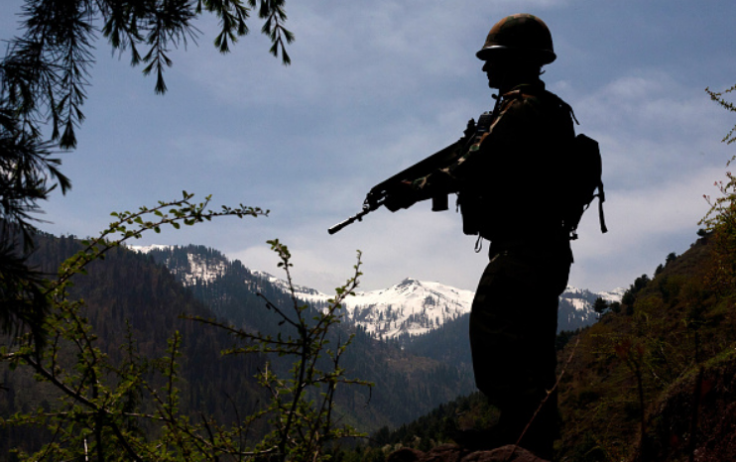 For Islamabad, the ceasefire agreement is intended to safeguard civilians residing along the LoC and divert focus to internal economic matters. Simultaneously, for India, the ceasefire agreement could be a call to improve its internal security situation and international image in light of nationwide protests against its Citizenship (Amendment) Act, farmer laws, and human rights violations in Indian-administered Kashmir.

Bilateral ties between nuclear states India and Pakistan are plagued by three major wars, several skirmishes, and numerous violent cross-border confrontations. CFVs have the potential to instigate political tensions that can escalate into severe military crises and lead to consequential strategic miscalculations. In the recent joint statement, Pakistan and India have agreed to strict observance of all LoC agreements, including the restoration of the DGMOs hotline system and flag meetings. Hotline connections and flag meetings allow direct communication between military commanders of both countries to reduce heightened tensions during crises and facilitate conflict resolution. Such communication between DGMOs is also employed to discuss routine border matters such as troop movements, military exercises, and small-scale border deployments to avoid catastrophic misjudgments.

The restoration of the ceasefire agreement is a notable step towards peace but should not be perceived as a permanent resolution to the long-standing bilateral conflict.

However, such CBMs have not been successful due to the countries’ longstanding political and territorial disputes. Additionally, the ineffectiveness of CBMs in South Asia is also fueled by the absence of a reliable monitoring and review mechanism that would ensure proper implementation of peace agreements. Considering the recent ceasefire commitment is not a written promise, either side could abandon it at any time.

Despite heightened India-Pakistan tensions, Pakistan has previously attempted to sustain military and non-military CBMs. For example, in 2004, Islamabad proposed a “Strategic Restraint Regime (SRR)” to encourage bilateral conflict resolution and, in 2011, Islamabad suggested moving heavy artillery away from the LoC. The recent DGMOs joint statement could be an illustration of peace-building efforts in the region and attempts to protect Kashmiri residents along the border. Although the ceasefire is a step towards peace, it does not resolve the fundamental bilateral issue — Pakistan and India are likely to continue to be at odds until Pakistan’s demands for the restoration of India-administered Kashmir’s pre-annexation status and an international resolution of the Kashmir dispute through a UN-sponsored plebiscite are met.

The DGMOs joint statement can be seen as a positive development to address some aspects of the prevailing tension between the nuclear-armed neighbors. However, the track record of India and Pakistan’s ceasefire agreements demonstrates that the recent commitment is unlikely to stay in place. Disagreements over CBMs and domestic pressures have led to the collapse of previous India-Pakistan dialogues, and in recent years disengagement with Pakistan has also proven valuable for domestic political gains in India. Pakistan remains opposed to India’s unilateral actions in Kashmir, and the two countries’ fundamental disagreement over the future of Kashmir is likely to remain a threat to stability in the bilateral relationship for years to come.

Looking in the Rearview Mirror* of the Afghanistan War

*The author debated whether mirror or window was best and…

In recent years, changes in the Indian military have made…