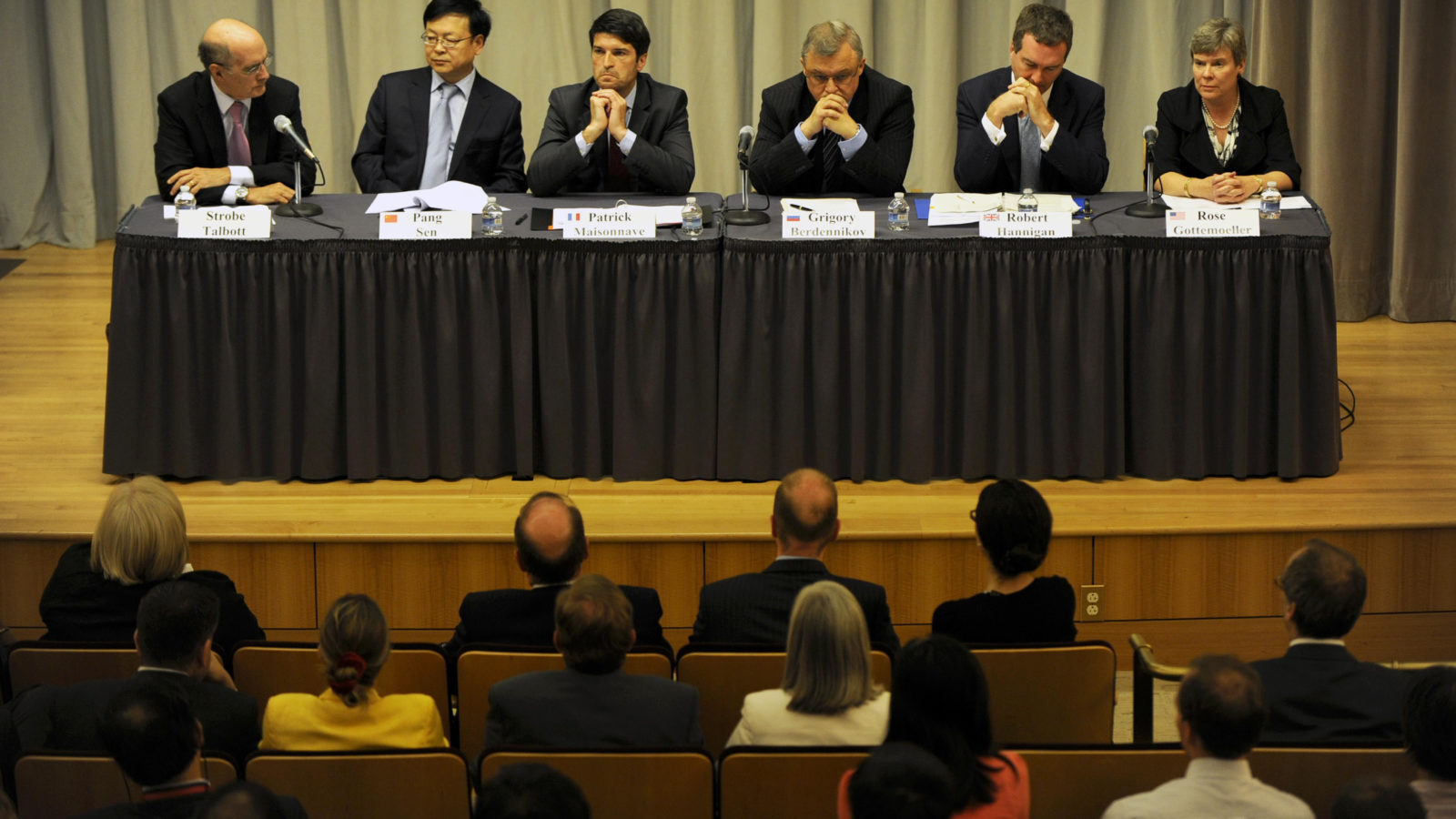 Nuclear disarmament is achievable but highly unlikely given the current global scenario. As long as there are existing conflicts between nuclear-armed states, asymmetry in their conventional capabilities, and most importantly a lack of trust, nuclear weapons will continue to exist, to  proliferate vertically, and to spread horizontally.

The United States and Russia are a classic example of why nuclear disarmament is not currently possible. But for this article, I will examine the relationship between Pakistan and India to justify my argument.

Pakistan and India have gone to war four times since declaring their independence from Great Britain in 1947. Three of the four wars were fought over the Indian occupied state of Jammu and Kashmir; the conflict remains unresolved to this day, and is frequently responsible for heightened tensions between the two countries.

India provoked Pakistan to develop nuclear weapons by testing its first nuclear bomb in 1974, only three years after the 1971 India-Pakistan War that bifurcated East and West Pakistan and created the modern-day state of Bangladesh.

After the loss of East Pakistan and India’s detonation of a nuclear bomb, it was natural for the Pakistanis to fear that India would use its nuclear capability to threaten them and force them to give up their claim on Jammu and Kashmir. Pakistan felt therefore forced to pursue its own nuclear weapons program.

When both nations acquired nuclear weapons it created a new security dilemma for Pakistan.

India undoubtedly had a superior conventional force compared to Pakistan. It had more men, more tanks, and more firepower. It became crucial for Pakistan to ensure a balance of military power.

Pakistan was faced with limited options of addressing this asymmetry. It had a weaker economy than India and could not afford to increase the size of its military. And there existed no conventional weapon that could deter India from engaging Pakistan in a limited war. Pakistan feared that it had no way of deterring India from quickly mobilizing its troops into their territory, this fear became a reality when India demonstrated that it was capable of rapid mobilization during the exercise Vijayee Bhava, in which the Indian military was able to mobilize 50,000 troops within 48 hours to Pakistan’s border.

The only option left for Pakistan to address this very real conventional threat, was to develop a battlefield nuclear weapon, sometimes referred to as a non-strategic nuclear weapon, which is exactly what they did. Pakistan introduced the HATF-IX, or NASR Battlefield Range Ballistic Missile (BRBM) to render the Indian conventional forces useless and restore the balance of power.

As India continues to expand its army, air force, and naval capabilities, the threat to Pakistan also continues to grow. There is a clear lack of trust between the two countries, which is fueling their desire for more nuclear capable weapon systems.

This lack of trust prohibits Pakistan from entering into any sort of bilateral agreement with India that would have a tangible impact on reducing the threat of nuclear weapons. In 1992, Pakistan and India signed a bilateral agreement stating that neither country would possess chemical weapons. In 1993 India turned that commitment into a multilateral agreement with 150 nations by signing the Chemical Weapons Convention (CWC), and they reaffirmed their position in 1996 by ratifying it. But a month after ratifying the CWC, India declared it had a chemical weapons stockpile, which not only came as a shock to Pakistan, but also the rest of the world. This destroyed any faith that Pakistan had in India. Pakistan viewed India’s belated disclosure as not only a violation of an international treaty that it had just ratified, but also of the bilateral agreement signed in 1992.

Understandably, it has become tough for Pakistan to trust India. And without trust, disarmament is not possible.

The writer is an assistant professor at the National University of Sciences and Technology (NUST.edu.pk), Islamabad, Pakistan. He tweets @umarwrites. 8 thoughts on “Is Nuclear Disarmament Achievable?”