The Fall and Rise of Pakistan’s Space Ambitions

If one views the historical trajectory of recent space endeavors, Pakistan got off to a terrific start. Being a collaborative partner with NASA and the U.S. Air Force, Pakistan launched its first rocket Rehbar-1 in June 1962 becoming the third state in Asia, after Japan and Israel to pull off such a feat. Given the context, this was by every measure a thumping achievement for the South Asian state.

Pakistan’s space organization, Space and Upper Atmosphere Research Commission (SUPARCO) came into being in 1961, eight years prior to India’s own Space Research Organization (ISRO). Today there is no comparison between the two organizations, with ISRO being one of the best space organizations in the world, whilst SUPARCO has fallen behind. That being said, for any country to progress in the field of science and technology, it must be necessitated by an environment that is conducive to it and political will that is supportive of it. Unfortunately, both these elements went against Pakistan’s progress in the field of space exploration.

Initially established as a research committee under the chairmanship of Dr. Abdus Salam in 1961, SUPARCO’s assigned job was to devise strategies and conduct research for the peaceful application of space technology.

At the beginning of the 1960s, the United States, by means of NASA, was in a race to place the first human landing on the moon with Soviet Union and therefore was in a search to find a suitable location for the research of the atmosphere. The Indian Ocean came to be the most suitable place to investigate the wind dynamics of the upper atmosphere.

Keeping in view Pakistan’s alliance with United States during the Cold War era, Pakistan naturally came to be viewed as the most convenient option for Washington to collaborate with in the Indian Ocean in order to achieve its goal of a lunar landing before 1969. The benefits were mutual since Pakistan, with the assistance of United States, launched its first rocket, the aforementioned Rehbar-1, on 7th June 1962 becoming the 10th country in the world to do so, with a requisite condition from the US that the data from the launch would be shared with NASA.

Rehbar was a 2-stage rocket, with its primary mission being the studying of the wind structures of the Earth’s upper atmosphere with the data received also provided insights on the weather conditions of the Arabian Sea. This also led to creation of a Doppler radar tracking station in the country.

Having a state of the art lab for multi-purpose reading of visual and digital data, its main job was the interpretation of remotely sensed data. Internationally, SUPARCO became a participating member of the United Nations Committee on the Peaceful Uses of Outer Space (COPUOS) as well as of the Committee on Space Research (Cospar) which was a committee of the International Council of Space Unions (ICSU).

With the purchase made from China of the Pakistan Remote Sensing System (PRSS-1) and the indigenously built Technology Evaluation Satellite (PAKTES-1A), in 2018 Pakistan saw both these satellites launched into orbit via China’s own Long March rockets.

In February of 1988, SUPARCO also became a member of the International Union for the Conservation of Nature and Natural Resources (IUCN). On bilateral level, it co-operated regularly with NASA, the United Kingdom’s National Space Centre and the European Space Agency. Majorly, the collaborations were for the purpose of mutual benefits which included collaborative research, trainings, technical information etc.

The drift away and subsequent downfall

During this period, Pakistan was also deepening its relations with China. Their co-operation reflected in the arena of space as well, where the first experimental satellite to be launched by Pakistan, Badr-1, was tellingly launched from the Xichang Launch Centre on 16th July, 1990.

The drift towards China lay in the growing suspicion in American policy circles regarding Pakistan’s nuclear ambitions, which were becoming increasingly evident to the Reagan Administration during the 1980s. The plan of launching a communications satellite was dropped due to the lack of resources due significant budget cuts to SUPARCO during Zia-ul-Haq’s reign. The budget cuts, alongside more diminished ambitions in space came as Pakistan was wrestling with the Soviet Union during its war in Afghanistan. The change in political priorities for Pakistan put shackles in SUPARCO’s progress and as mentioned earlier, Pakistan was only able to launch an experimental satellite whose life span was merely a month’s time.

With U.S. sanctions imposed on Islamabad in 1993, the only other significant achievement for Pakistan was the launch of its second experimental satellite in 2001 which was Badr-B also known as Badr-II. It was more advanced than Badr-1 being equipped with mapping instruments. Wtih Pakistan not launching its planned satellite, Paksat-1, till late 2002, the mission was on the brink of losing its designated 38E orbital slot. It was only due to swift action taken by General Pervaiz Musharraf, the then President of Pakistan, who decided to buy a used satellite from the United States and renamed it Paksat-1 that Pakistan was able to maintain its place in the sky.

As with any regional foreign policy matter for Pakistan, security related matters are majorly India centric and the challenges for Pakistan in the realm of space affairs have an added pressure from India to them. The Indian Space Research Organization (ISRO) despite being eight years younger to Pakistan’s SUPARCO, is now the dominant space operation is South Asia and the progress that ISRO has made in recent decades speaks volumes of how a well directed effort, with requisite support in place, can make an institution a hallmark of national prestige.

ISRO’s space endeavors are primarily focused on commercial activities such as space navigation. However, there are multiple reasons as to why the Indian Space Program is matter of concern for Pakistan’s security interests. The technological superiority of ISRO puts it in a comfortable position to keep Pakistan under check and keep an ever watchful eye on every strategic move that Pakistan makes. There are 13 satellites stationed in orbit by India which are used by its armed forces. These serve as an automatic early warning system for India in the event of a war like situation.  Along side this, the advent of the Agni-V Intercontinental Ballistic Missile, which can cover a distance of 5,000 km, shows the capability of India’s reach and the effective deterrent it establishes against China and the strategic dilemma it poses to Pakistan. 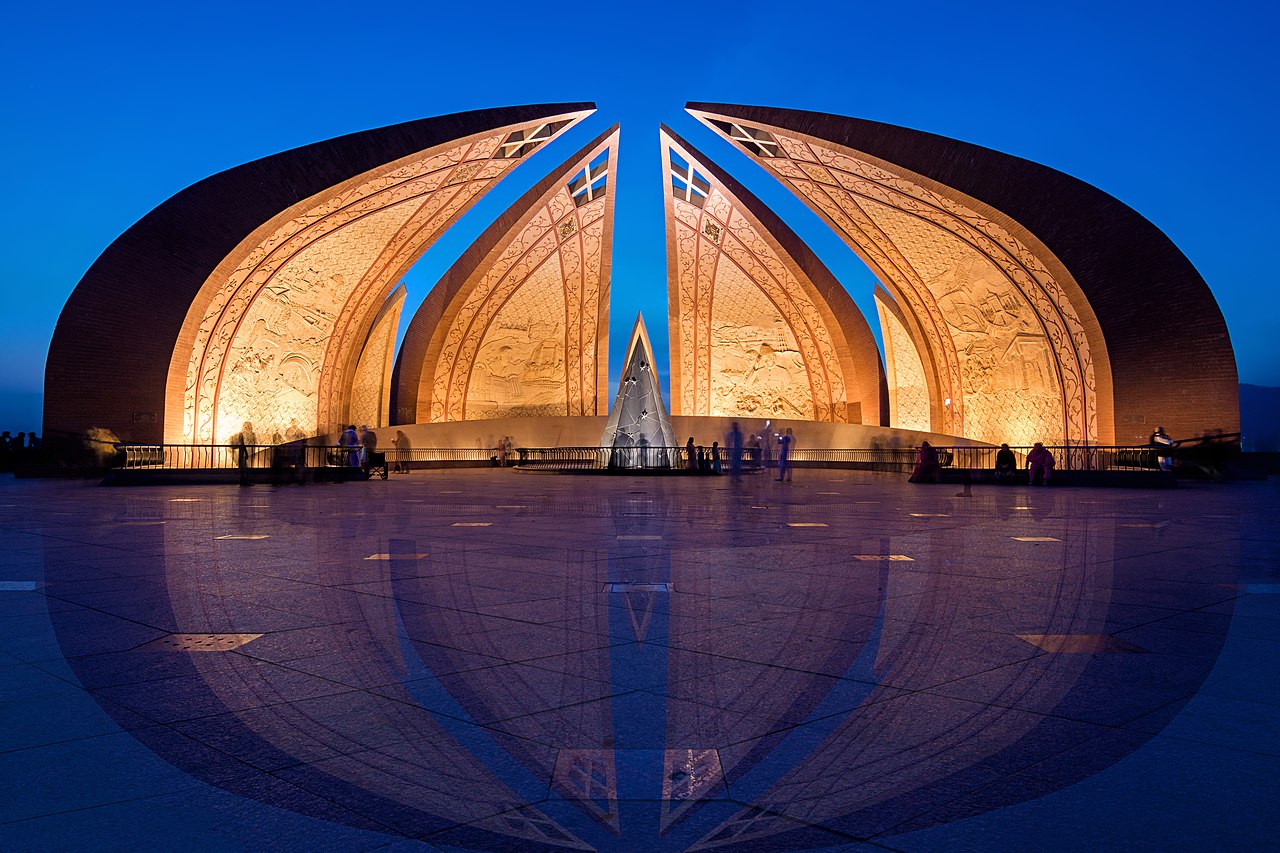 The way forward for Pakistan

As enshrined in the constitution of Pakistan, any international treaty to which it is a party would require legislation at the domestic level for it to become a law. The provision of legislation of international obligations codified in treaties is found in Article 70(4). The problem arises, however, when it is observed that ‘’space’’ is not mentioned in it.

Therefore, the legal deficit that Pakistan’s space program faces deprives it of comprehensive commercial benefits which it can have by providing satellite services to other countries. The ambiguity arises because many states would refrain from dealing with a state who does not have robust regulatory laws and the non-conformity of domestic and international space laws can make it increasingly difficult for the states to engage bilaterally or multilaterally in commercial space activities.

Pakistan fulfilled its longstanding wish of launching a communications satellite in August 2011 PAKSAT-1R aided once again by China, a month after Pakistan’s National Command Authority met and laid down the Space Program 2040, which subsequently came to be known as the Space Vision 2047. Under this program, Pakistan plans to launch a total of six Geosynchronous Equatorial Orbit (GEO) satellites and five (LEO) Low-Earth Orbit satellites.

Despite the technical difficulties and strategic tensions, all is not gloomy regarding Pakistan’s future in space. Since Pakistan’s drift away from US in terms of co-operation in space affairs, China has made friendly efforts to stabilize Pakistan’s sinking space program. In 2014, Pakistan shifted from American Global Positioning System (GPS) to China’s BeiDou, becoming the first country in the world to do so.

Despite the technical difficulties and strategic tensions, all is not gloomy regarding Pakistan’s future in space. Since Pakistan’s drift away from US in terms of co-operation in space affairs, China has made friendly efforts to stabilize Pakistan’s sinking space program.

Furthermore, under the shadow of the China Pakistan Economic Corridor (CPEC), cooperation between the two sides has made it to space as well. With the purchase made from China of the Pakistan Remote Sensing System (PRSS-1) and the indigenously built Technology Evaluation Satellite (PAKTES-1A), in 2018 Pakistan saw both these satellites launched into orbit via China’s own Long March rockets. The advent of Remote Sensing Satellite for Pakistan constitutes a major leap forward, aided in no small part by China.

To give an example, with these two satellites now in orbit Pakistan can effectively address the internal water disputes that are prevalent between the provinces regarding the share of water for each province. Since the PRSS-1 can provide credible imagery for management and planning, it can provide the authorities an estimate of water reserves, and hence can help in a more measured distribution of water. Fortunately, the recent developments made points towards the fact that despite moving slowly, Pakistan is making progress in the arena of space.

One thing which holds primary importance is that the Pakistani government should devise proper domestic laws on space based activities so that it sits in conformity with international treaties. This will make the task of developing internal capabilities easier in order to take economic benefit of the growing commercial space industry. The general public of Pakistan should be encouraged to take interest in the space industry. Gone are the days when only the government agencies were involved in space exploration. SpaceX in the United States is the best example of this with its aims to colonize Mars in the very near future. Keeping this in view, the legislation to allow research and potent space exploration in Pakistan should be devised by the government as soon as possible.