What the FATA Merger Means for Pakistan

Recently, Pakistan’s Federally Administrated Tribal Areas (FATA) comprising of seven agencies and six frontier regions were merged into the province of Khyber Pakhtunkhwa (KP). The merger of FATA, which has historically been kept at the political margins by Pakistan’s leaders and remains largely underdeveloped, will mean that there are no ungoverned spaces or no go areas in Pakistan–terms which have commonly been used to define the region’s lawlessness. If FATA’s constitutional merger with KP is implemented successfully, it can pave the way for the development of an effective security apparatus to control crossborder criminal and terrorist activities. Moreover, the development and democratization of the region is likely to help marginalize extremist forces in the area.

History of the Tribal Areas

For the past seventy years, policymakers in Islamabad have ruled FATA through a colonial era draconian law, the Frontier Crimes Regulation (FCR) which offers local tribal heads and leaders more power than the country’s constitution. It was only in 1997 that the region’s population was granted the right to vote in the country’s general elections. Furthermore, FATA has not been part of the Political Parties Act of Pakistan, preventing the residents of the region from contesting in the general election and forming their own political organizations. This has led to FATA’s population to be alienated from the larger political processes of the country. It is one of Pakistan’s poorest regions with more than 60 percent of the 3 million people living below the poverty line and there is no state-run education or healthcare system.

The government’s actions—failing to adequately address poverty, ignoring basic human rights, and excluding the population from constitutional and economic affairs for decades—have created space for extremism and militancy to take root in FATA. For more than a decade, the military in Pakistan has been fighting a war against extremism that remains rooted in FATA. The proposed extension of the constitutional mechanisms to FATA offers an invaluable opportunity to policymakers in Islamabad to address the region’s governance and security challenges, something that has so far defied broad political consensus throughout the country’s history. 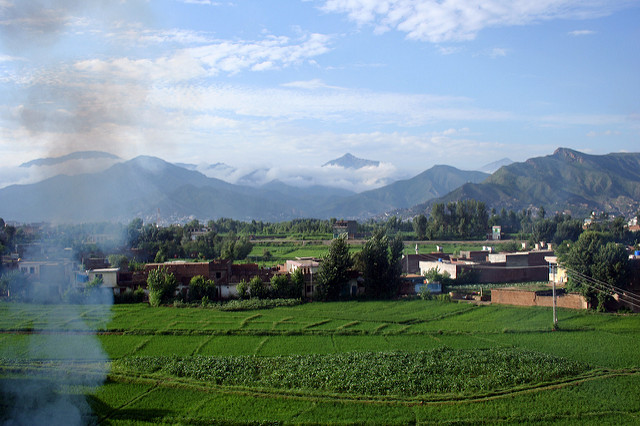 Motivations Behind the Merger

It has been widely argued that various institutions in Pakistan, particularly the military, have seldom been interested in bringing FATA into the mainstream. This is likely because such a move may increase oversight of the military’s approach toward managing the region, which could undermine the country’s regional security policy in support of various extremist groups that have found sanctuary in Pakistan’s tribal areas. Arguably, the military has an incentive to ensure there are few administrative, legal, and bureaucratic checks and balances on their governance of the region.

The current leadership of the Pakistani military has made significant efforts to ensure that FATA joins the rest of Pakistan in terms of having the same political, economic, and governance rights and opportunities.

However, the current leadership of the Pakistani military has made significant efforts to ensure that FATA joins the rest of Pakistan in terms of having the same political, economic, and governance rights and opportunities. This change in policy on the part of the military may have happened for two reasons. First, the military realizes that in order to consolidate the counterterrorism gains they have achieved over the past few years, stability and political normalization of FATA is essential. However, this cannot become a reality unless the region has access to comprehensive and institutionalized commercial, administrative, and political opportunities. Second, the Pakistan Army, which takes crucial decisions regarding the country’s security policy, may hold the view that Pakistan’s internal security threat is far greater than any regional external threat. Pacifying FATA by extending constitutional reforms to the region and introducing comprehensive border management structure alongside Afghanistan’s border appear to point toward the military’s attempt to manage and strengthen Pakistan’s internal security structures.

What Needs to be Done?

Having passed the crucial legislative hurdle related to FATA’s merger with KP, it is now time that reforms be put in place, with political and economic reforms a top priority. In the short run, the interim government should ensure that the people of FATA take part in the upcoming general election and the right to form political parties is legally available to them. Moreover, the state should ensure that the current judicial structure of the region that is mainly lead by a jirga system (council of elders) is abolished and an efficient legal structure is put in place which guarantees the Supreme Court’s writ in the area. A comprehensive economic plan should also be developed to uplift the region and provide its people with adequate employment opportunities. By creating an economic viable and democratic society in FATA, Pakistan can marginalize extremist forces in the region.

So long as FATA continues to be disconnected from the mainstream and genuine constitutional reforms are not implemented on the ground, the people of FATA as well as Pakistan will continue to bear the brunt of the existing instability of the region.

Lastly, on the security front, if the government in Pakistan is seriously interested in consolidating its counterterrorism gains and seeing the reformation process of the FATA go through successfully, there is a dire need to settle border disputes with neighboring Afghanistan and control the border for terrorist and criminal activities. Furthermore, FATA doesn’t have institutionalized local law enforcement bodies, as is the case with rest of Pakistan. The development of various administrative and law enforcement bodies, such as a regular police force, will be helpful in both establishing a broad security infrastructure, improving the overall security situation in FATA, and minimizing the military’s direct role in the administration of the region.

So long as FATA continues to be disconnected from the mainstream and genuine constitutional reforms are not implemented on the ground, the people of FATA as well as Pakistan will continue to bear the brunt of the existing instability of the region. To this end, it is vital that Pakistan promote inclusiveness and create a sense of responsibility among the local population in terms of maintaining peace and security in FATA and incorporating them into mainstream politics. Moreover, the military can train local forces and help to develop special security forces, which will promote the former’s positive image and create further avenues for development in the region.

While the military may be interested in normalizing the region, it may not yet be ready to give up its support for insurgent groups that continue to seek safe haven in Pakistan’s tribal areas.

It remains to be seen whether the ongoing normalization of the FATA region also translates into the Pakistani military giving up its policy of keeping ties with insurgent groups as part of its regional security policy. A few days ago, a group affiliated to the Pakistani Taliban that reportedly has the support of the country’s military establishment attacked a gathering of the Pashtun Tahafuz Movement (PTM) in South Waziristan. These reports of Taliban’s presence in FATA indicate that while the military may be interested in normalizing the region, it may not yet be ready to give up its support for insurgent groups that continue to seek safe haven in Pakistan’s tribal areas. In any case, the continued presence of militant groups in FATA is a subject that should be discussed in the country’s Parliament, for unless the region is free of all sorts of militant groups, peace and progress cannot return to the region.