Looking Back at 2019: SAV Editors’ Picks

At South Asian Voices, we pride ourselves on publishing diverse perspectives from across the subcontinent on important and often contentious issues related to the security, politics, and economics of the South Asian region. Following are the SAV editorial team’s top picks of 2019: Statues, symbols, and iconography can be used to create and stitch together identity, both personal and national, and have historically gone hand-in-hand in broadcasting a secular, pluralist India. Effectively combining intellectual-historical and contemporary analysis, Shiraz Sheikh traces how the ruling BJP government has constructed statues memorializing Hindu figureheads as part of an effort to forge a Hindu majoritarian identity for India, yet another example of the party’s assertive tilt towards Hindutva.

Left Out in the Cold: India’s Options in Afghanistan, Saurav Sarkar, September 11 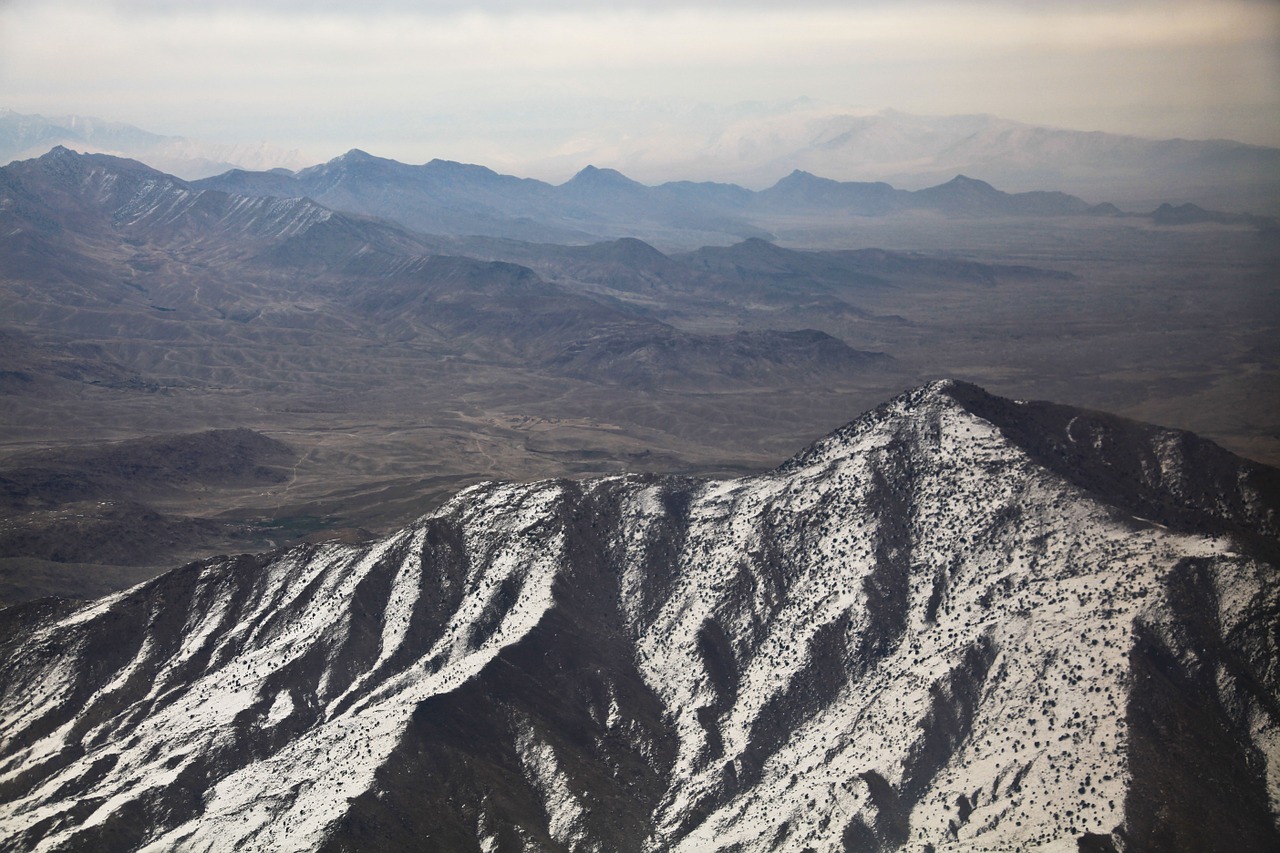 2019 was a storied year for the Afghan peace process. As the United States vowed to withdraw its remaining troops and opened a new round of negotiations with the Taliban, foreign actors, both regional and international, saw an opportunity to influence the future of governance in Afghanistan. Tying this narrative together, Saurav Sarkar puts forth an interesting proposition: that India ought to play a more assertive role in the peace process by opening dialogue channels with the Taliban while reinforcing its support for the Afghan government. In charting a path forward for India’s relations with Afghanistan, he notes synergies between Indian and Afghan counterterrorism interests in light of broader regional dynamics. Fizza Batool examines the political and rhetorical threads underlying the Azadi (freedom) March in Pakistan, which has called for Prime Minister Imran Khan’s resignation. Beyond simply assessing the march’s leaders and their political motives, Batool offers a complex analysis of the nature of democracy, governance, and power in Pakistan. She writes that if the government adopts a flexible posture, employs sensible rhetoric, and rejects violence in its response to the protestors, it may strengthen its own governing legitimacy. With the developments in Kashmir and the U.S.-Taliban negotiations this year, I have found myself repeatedly going back to this article by Basharat Ali. In it, he lays out the case for why the impending U.S. withdrawal from Afghanistan will not have the same impact on Kashmir as the Soviet withdrawal did in the 1990s–when many of the mujahideen who had been fighting in Afghanistan traveled to Kashmir to aid the insurgency. His article does an excellent job looking at the limits and risks of historical analogy by analyzing conflict at the local level and applying it to security dynamics regionally. Published twenty years after the Kargil conflict, and only a few months after the Pulwama/Balakot crisis, this series is an important reminder that the debates that emerge after a crisis can reverberate for years to come. In this series, former Junior Fellow with the Stimson Center South Asia Program, Reja Younis, examines the legacy of Kargil for Pakistan, in terms of its civil-military relations, international image, and its perceptions of India-Pakistan dynamics. Meanwhile, Debak Das analyzes the role of public narratives in what was India’s first televised war, and how the conflict impacted Indo-U.S. relations. Syed Ali Zia Jaffery’s piece looks at the nuclear aspect of the crisis and the role of third-party intervention. Finally, in a Q&A with the SAV editorial team, journalist and editor of Special Projects at the Hindustan Times, Harinder Baweja, discusses her experience of covering the conflict on the ground in 1999. This series illustrates the extent to which lessons from the Kargil conflict continue to be relevant to crisis dynamics in the region today. Chirayu Thakkar and Jyotsna Mehra take a discrete moment in Indian foreign policy and situate it within the history of India’s diplomatic relations and apply it to trends in the Modi government’s approach to international affairs. The authors argue that while India’s foreign policy has historically revolved around modus vivendi – trying to reach an understanding with those of opposing interests – India today may be more willing to leverage its own strengths when it suits its interests. Whether India’s foreign policy is becoming increasingly more assertive remains to be seen. Regardless, this is an important piece examining whether Modi 2.0 aligns with or interrupts earlier trends in India’s foreign policy. Constantino Xavier’s piece is a response to SAV’s series “China’s Belt and Road Initiative: Response of Smaller South Asian States,” in which Abdullah Ar Rafee, Kamal Dev Bhattarai, and Priyanka Moonesinghe examine the relationship that Bangladesh, Nepal, and Sri Lanka each have with China’s Belt and Road Initiative. At a time when great power politics seems to be back in vogue, Xavier (and Rafee, Bhattarai, and Moonesinghe) rightly discusses how smaller states in South Asia are using the tensions between India and China to their own advantage by playing these countries off of each other, thereby creating ways to ensure that they are not heavily indebted to any one nation. Udayan Das’ piece on India’s shift from the South Asian Association for Regional Cooperation (SAARC) to the Bay of Bengal Initiative for Multi-Sectoral Technical and Economic Cooperation (BIMSTEC) as its preferred regional institution analyzes India’s efforts over the past year to reimagine its identity as a maritime rather than a continental nation. This piece is significant because it outlines the larger, overarching shift in India toward the Indo-Pacific theater in recent years and the resulting attention that maritime security has received. When paired with India’s engagement with the Quad, Das’ article highlights New Delhi’s efforts to create a maritime neighborhood with India at the center, in a bid to counter China’s growing presence in the Indian Ocean Region. In this piece, Tanvi Kulkarni and Sitara Noor take opposing stances on whether Indian Defense Minister Rajnath Singh’s August 16 comments mean the end of India’s no-first-use (NFU) policy. Kulkarni argues that Singh’s comments do not as yet indicate a change in India’s NFU policy, but stresses the importance of India clarifying its nuclear doctrine and posture. On the other hand, Noor argues that the comment has undermined India’s NFU stance by creating questions in Pakistan about Indian credibility regarding the pledge. This piece is particularly relevant in the aftermath of the Pulwama/Balakot crisis because it discusses the impact that ambiguous nuclear policies and strategies could have in future crises between India and Pakistan. Published as it was in the midst of the India-Pakistan crisis in February post the Pulwama attack, this analysis of the Indian army’s Land Warfare Doctrine by former infrantryman Colonel (ret.) Ali Ahmed did not receive the attention it deserved. It is a helpful read for any analyst seeking to understand the Indian army’s perception of a collusive threat from Pakistan and China (i.e. a “two-front war” scenario), and the army’s proposal to deal with it. This piece raises critical questions about the dominance of the Indian army to the detriment of the other services  and its impact on India’s national security, as well as the role of civilian and military leaders in developing Indian grand strategy. The devastating attacks on churches and hotels in Sri Lanka this Easter shocked analysts and ignited concerns about whether the island country in the subcontinent, which was previously largely untouched by the impact of global terrorist organizations, may be the next target of the Islamic State. In this explainer, Samir Kumar and Hari Prasad provide some much-needed context on how the attack fits into Sri Lanka’s history of ethnic and religious tensions, the role domestic politics may have played, and what to watch for in the future.

Who will Bear the Burden of Pakistan’s IMF Bailout?, Shahroo Malik, July 26 Shahroo Malik expertly contextualizes Pakistan’s recent USD $6 billion loan within its checkered history with IMF bailouts, laying out the structural problems that the country needs to address to resurrect its struggling economy. Her piece highlights the challenges that governments face in pulling their economies out of a crisis without adversely impacting their citizens or their own political fortunes.